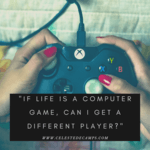 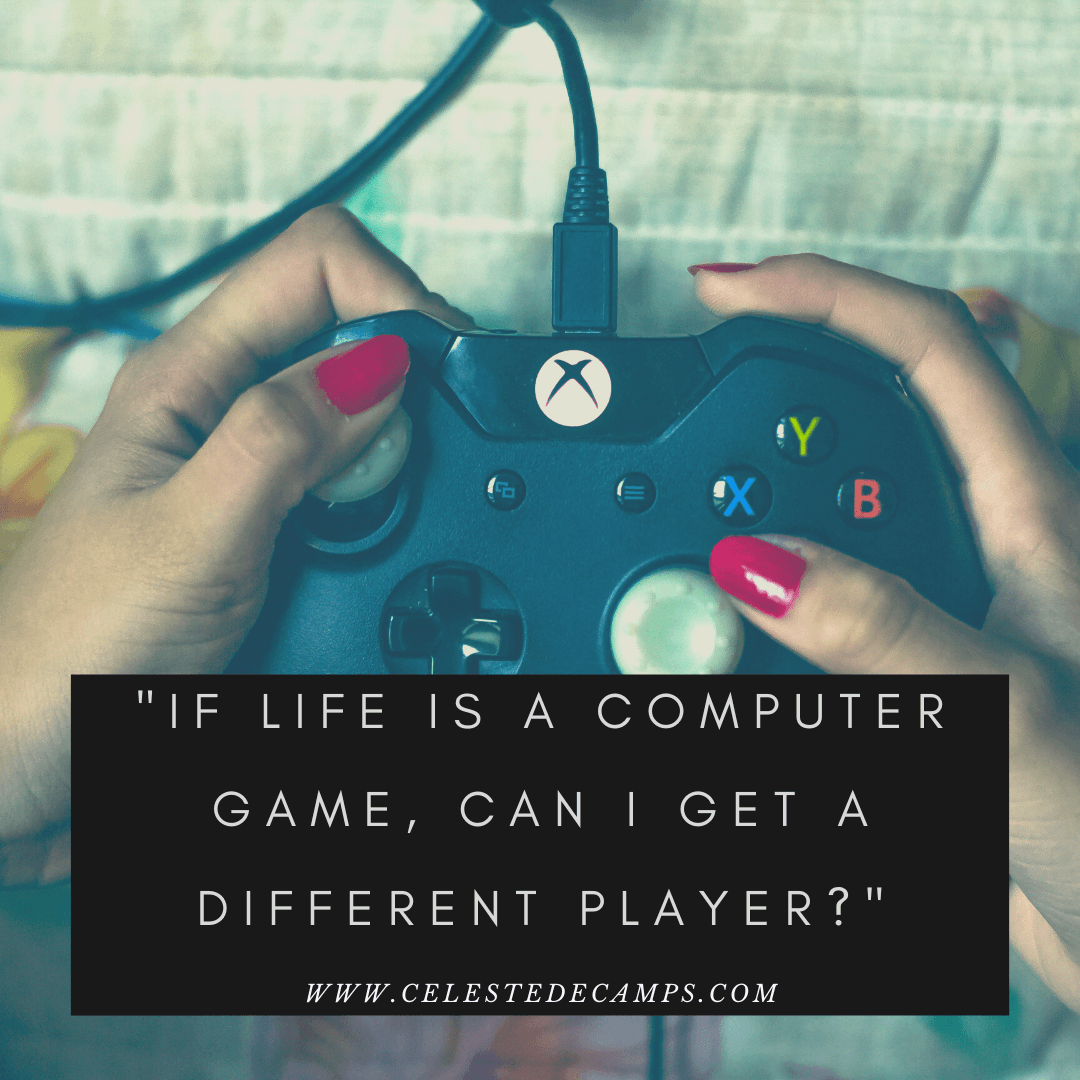 I had an interesting conversation with my brother, Zach, about video games. He said, "You know, there's scientific research being conducted, as we speak, about the possibility that we are in a computer simulation. The movie, The Matrix may not be that far-fetched. Think about it. We all face different levels of challenges, a certain amount of success and failure, and new players are added regularly."

WHAT IS SIMULATION THEORY AND WHY DOES IT MATTER?

I was not aware this possibility was under investigation. If I'm genuinely in a video game, I would like the opportunity to change players. I don't believe the person who's handling my avatar is very good at this particular game. I prefer someone who can jump to levels of progress more quickly. I want to be living the dream of having a house on the beach in Florida and a penthouse apartment overlooking Central Park.

While we're at it, please decide on the direction of my life. I see other players knowing exactly what they want to do in this game. Their passion for business, sports, or the arts is quite admirable. I seem to flit around from one career to the next. I enjoy speaking to audiences to help inspire them to find their voice. Whoever created Tony Robbins, though, plays this game way better than my creator does. Everybody in this world knows him, but I'm pretty much anonymous. Wait a minute, are you programming this writing as well? Don't try to blame me for not being as famous. It would help if you took responsibility for not practicing this game more. That figures, I would have someone who wants to have an actual life and not waste time on stupid entertainment.

Does this mean I don't have to try anymore? Do I sit back and wait for my producer to figure out my next hurdle? I hope it's something easy like trying to decide which beach house my husband and I can agree on. Speaking of husbands, thanks for picking a magician for me. Evidence for believing this is all a computer game is the fact that I'm married to a magician. Of course, I'm still waiting for the house on the beach to appear. Again, maybe a little bit more practice in this game would be a great help.

How do you know when you win? Does this illusion of consciousness have an end game? Do I stop pushing and pulling on my life because I don't have any control after all? There's a sense of relief if I don't have any choice in this world. To think that free will doesn't exist because all my direction is beyond my control. Then again, I'm not sure I want to give up power that easily. I prefer to believe that I have a purpose that goes beyond playing a computer program.

The feeling of love and the pain of loss is real to me. If my consciousness is the result of a simulation, I still feel the need to do my best in this world. The only thing that is important to me in this lifetime is to be of service to others. I believe we are here to lift each other up. When we work to encourage and support everyone in our community, that's when we succeed.

As far as The Matrix is concerned, I told Zach that it was easy to figure out that Neo was the One. All you had to do was unscramble his name. I know, mind blown. 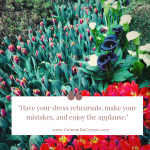 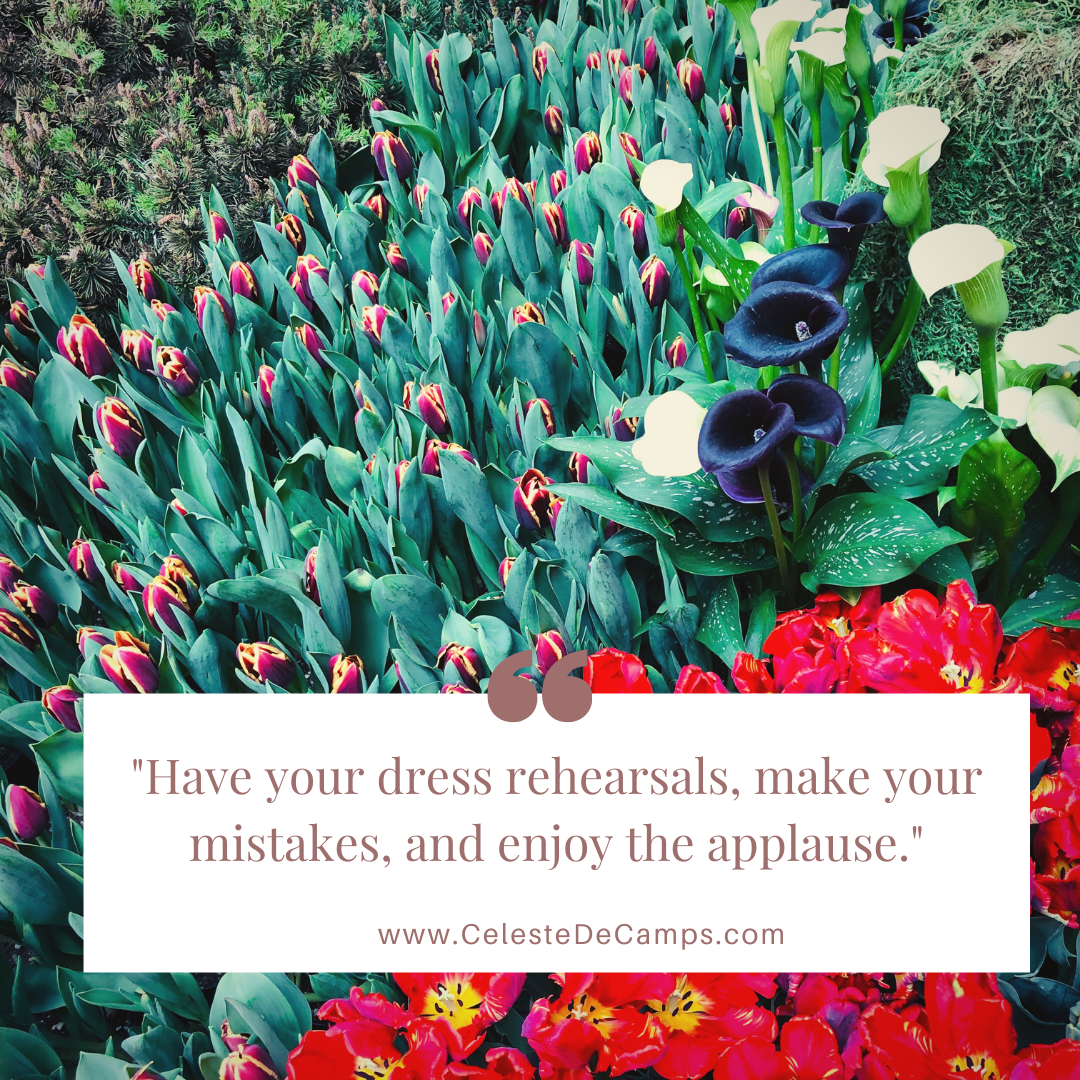 An old saying in showbiz is, "if you have a bad rehearsal, you'll have a good show." When you've been working on a performance or presentation, most likely, problems will still need to be worked out. It's better to find them out during practice than on stage. You'll know to correct mistakes and become more aware of any other possible issues. The result is a fantastic show.

It's the same with life. When you approach new challenges, the best way to look at them is a dress rehearsal. You'll make errors and bad decisions, but that's how we learn. I don't know of anyone that goes through life perfectly. Successful people are the first to admit all the failures and heartache they suffered to get to where they are now. Why are we so afraid to make a mistake? Because no one likes to be judged and considered insignificant.

We're all familiar with the trolls on the internet and how nasty they can be with their worthless opinions. They tear people down while they sit at home, never putting themselves out there. It's easy to sit back and make fun of others. It's harder to put your ideas together in the form of writing, music, dance, or artwork in hopes of inspiring others. Granted, not everything is good or well done. Everyone has to start somewhere, and hopefully, the right help will come along. We should be willing to take constructive criticism. Listening to advice and suggestions will better our chances of achieving greatness.

It's not comfortable getting critiqued, but if it's someone whose opinion you trust, it's a gift. I always appreciate the help I get when I ask for it. I'm lucky to have people around me that have no problem telling me the truth. I know that their goal is to help me and not hurt my feelings. There's a difference. Some people like to feel superior by telling you everything that they think is wrong about what you're producing. They don't offer any solutions. I find those people are insecure and would never put themselves in a position of being reviewed. I take their opinions with a grain of salt.

The more we work and prepare our offerings to the world, the more impact we have on each other. Many inventors were laughed at or scorned, and it didn't deter them from creating. Our world would be dull if we didn't have people jeopardize their feelings to share their art with us. We wouldn't evolve or advance in technology, storytelling, music, dance, or sports without the risk-takers.

We need to support each other to go after our goals and dreams and should not fear ridicule or shame for making mistakes. Success comes from forming new course directions and correcting miscalculations. Our time behind the scenes is all part of our journey to showcase all that we've learned. It's a never-ending process but one that keeps our lives interesting. Have your dress rehearsals, make your mistakes, and enjoy the applause when you're finally performing for your audience. 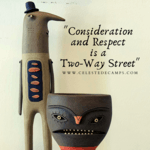 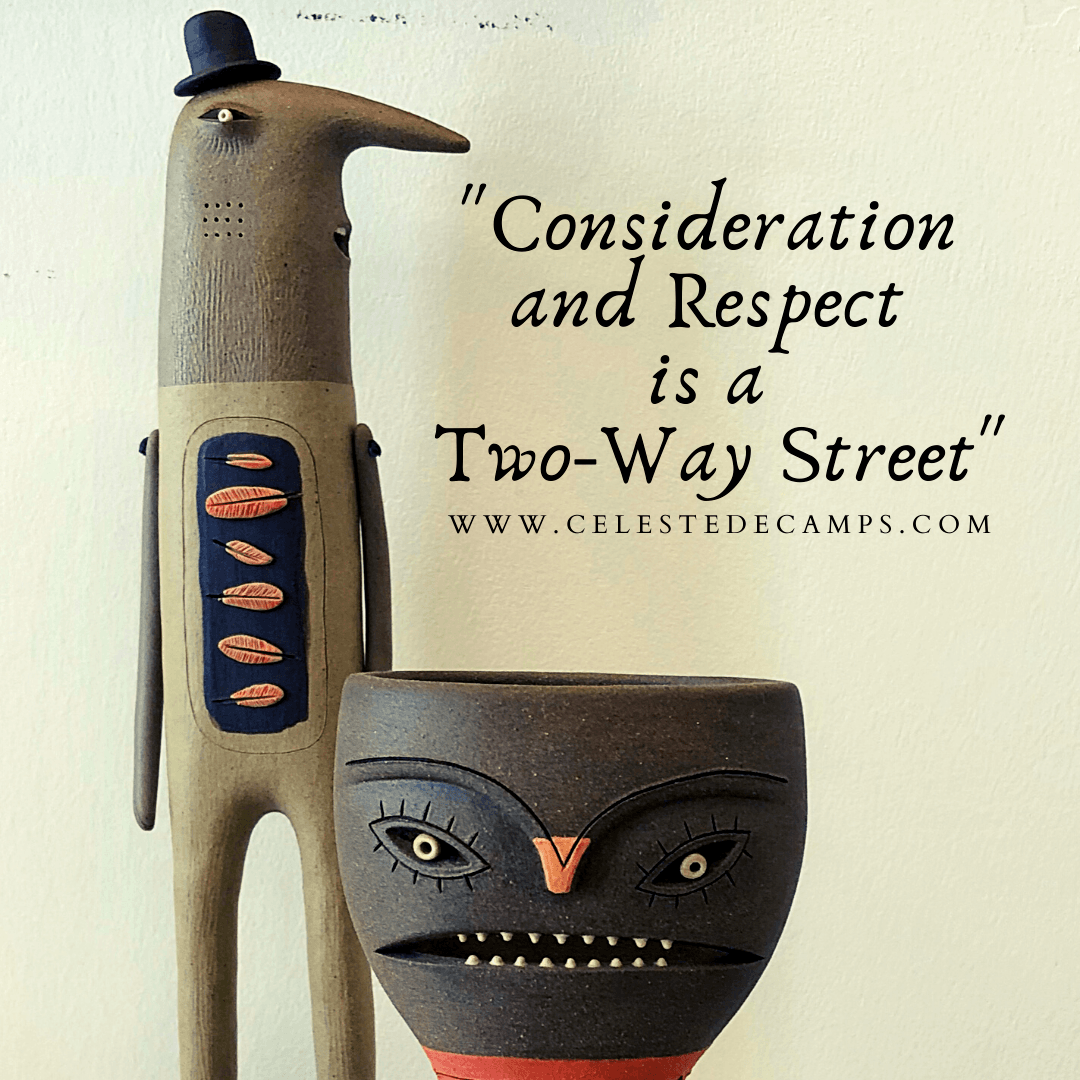 I have an iPhone, which is different from a uPhone. This phone is supposed to be all about me. I say, "Siri, call Eric," and my phone will call my husband. Which is terrific, except that when I say "Siri," the response is not "What can I help you with?" the answer I get is, "Hmm?''

What is that? "Hmm." Somehow, I'm bothering my phone with a request. I'm not expecting a greeting of "How are you today, Celeste? You look lovely. How can I help you?" That would be nice, though. What I don't appreciate is, "Hmm?" I even told Siri that I'm not too fond of that response, but apparently, it's not going to change.

I'm reminded of the importance of customer service. When we're willing to part with our hard-earned money at an establishment, it would be delightful to be treated well. If I have a question or a concern, I want someone to help me. I don't want to be ignored or dismissed unceremoniously. I don't particularly like standing at a hostess stand or a receptionist's desk and feel invisible. I understand that you're on the phone, but after a few minutes of being in front of you, it only takes a second to acknowledge my presence. Look up and smile at me. I will smile back and know that you see me. It doesn't take a lot of effort, but the gesture goes a long way.

I've conducted staff trainings at various restaurants. I've explained that a place could have the perfect wine list, food menu, and decor, but if the service was terrible, that's all people will remember. If the server is personable and cares that the guests have a great time, the reviews will always be favorable. Everyone likes to feel special, and it's a wonderful experience when that happens.

I know dealing with the public is not easy. I've worked as a waitress and bartender. I've had customers come in looking for a fight. My philosophy was to "kill them with kindness." Of course, in my head, I actually want to hurt them. These people are doing their best to be rude and obnoxious. I recognize that they're not having a good day and want to take it out on someone. I've learned to keep smiling, stay upbeat, and tell them a horrible bar joke. Sometimes it worked, and they ended up enjoying themselves. Othertimes, if their behavior got out of hand, they were asked to leave. Consideration and respect is a two-way street.

By far, the worst customer service is calling a company because you have an issue with their product or billing system. We either end up in a holding pattern or trying in vain to reach an actual person. I understand that many questions can be answered online or choosing the correct number on a menu. The worst part is realizing you missed your window and have to start the process all over again. People like talking to other people and have the satisfaction of having their problems solved. I'll go out of my way to give a service rep an outstanding score when they get on the phone with me.

The time and energy spent trying to get a friendly voice on the line can lead to a lot of frustration. Many businesses would have more positive feedback if they took more time investing in their consumer assistance department.

I'll admit I've had some great conversations with the little chat box that pops up on most websites. I've found them, for the most part, to be professional and efficient. I still prefer talking to someone, but it beats the hell out of staying on-hold for twenty minutes.

Being courteous and pleasant should be the norm when we're working with each other. Everyone has a bad day, but we should do our best to be civil anyway. I try to be nice to Siri, but I must've hit the wrong button. It doesn't look like our relationship can be saved. Siri will not receive a glowing report from me anytime soon.