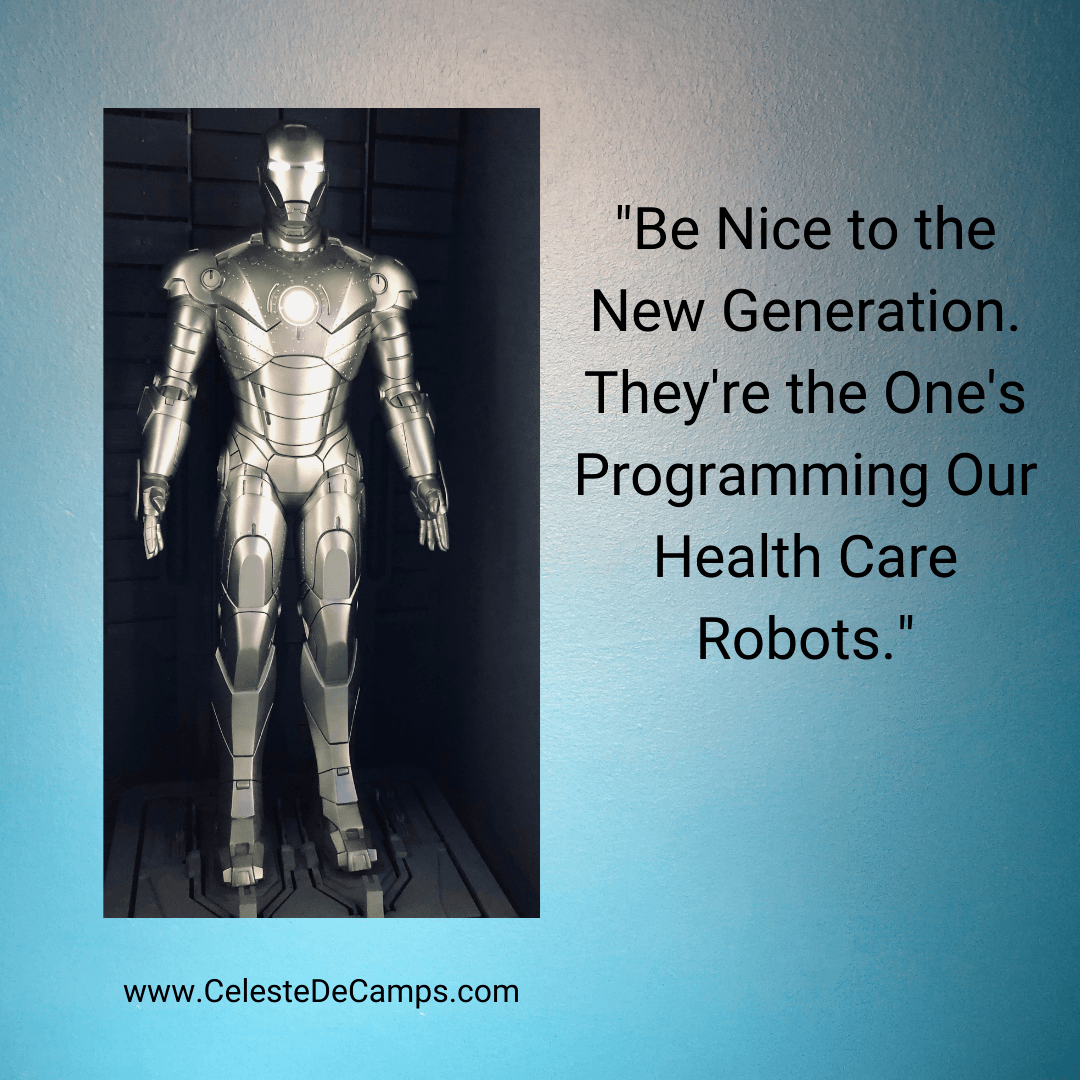 Why do we pit one generation against another? Everybody grows up with different circumstances, but there's no reason to decide that one age group had it better or more challenging than another. We can go back centuries, and I'm sure someone is saying, "Oh, look how easy your life is now that the wheel has been invented. We used to have to carry everything we owned in our bare hands. We had to pull and push our belongings across the ground. Kids today will never know our hardships."

It's the same complaint I hear now. Why does it bother anyone if life is made a little more convenient with technological advances? We're supposed to be constantly innovating and creating. That's what our imagination is for. Growing up, I had hoped that my world would be filled with remarkable discoveries. We not only landed on the moon in my lifetime, we have a camera on Mars! It's incredible. Why does the next generation get belittled for it?

I've had conversations with my friends that complained that kids all expect a trophy just for participating. I would ask them why did they give their children participation trophies? I've never once heard a child insist on getting an award because they showed up. It was the adults who decided that for them. You can't blame a kid for something you did. By the way, I think children should receive recognition for their work. If they showed up and did the job, what's the harm of letting them know their efforts were appreciated. Not everyone will cross the finish line first, but they did try. Why not encourage children to strive for greatness even in the face of failure?

No, you're not supposed to understand the music, clothes, or slang that the new generation enjoys. It's theirs to develop as they see fit, just like we did. I still remember my mother telling me to put my headphones on when I wanted to listen to Led Zeppelin. She said she couldn't stand to hear the shrill static sounds coming from the record player. My aunts and uncles would shake their heads when I left the house wearing hip-huggers and a cropped T-shirt. They told my mother my generation was doomed because we grew up watching television.

My favorite is adults complaining that young people stare at their phones all day. Really? You're looking at your screen right now. We all do it. It's not true that children don't go outside and play anymore. Video games, like watching television, are a great escape and fun to do. Most kids, though, if given a choice, will want to do something enjoyable with their parents. I live by several parks, and on sunny days they're packed with families running around, flying kites, and throwing frisbees. Of course, there's always one parent videotaping all of it. That's definitely something I envy. I have very little documentation of my childhood. The few bits of film my dad took of us is all I have, and most of that is movies of fountains. I don't know why.

In many ways, I'm glad I'm not growing up in the twenty-first century. I would never get through this weird new math children are being forced to learn. I still remember the school board giving up on teaching us the metric system. We probably should've stuck that one out, considering the rest of the world uses it. I still don't understand why children aren't learning how to write in cursive. I guess with electronic signatures, signing your name is now a lost art.

All I'm trying to say is give the new generation some slack. I didn't appreciate my elders looking down on me and my own for having a different perspective from theirs. Fashion, music, language, technology are forever changing. The only constant we have in the human race is to continue to grow and learn to love each other. That basic need is within all of us and the only thing that really matters. If you don't want to listen to your teenager's music, tell them to put their earbuds in while you crank up Led Zeppelin. It's only fair.