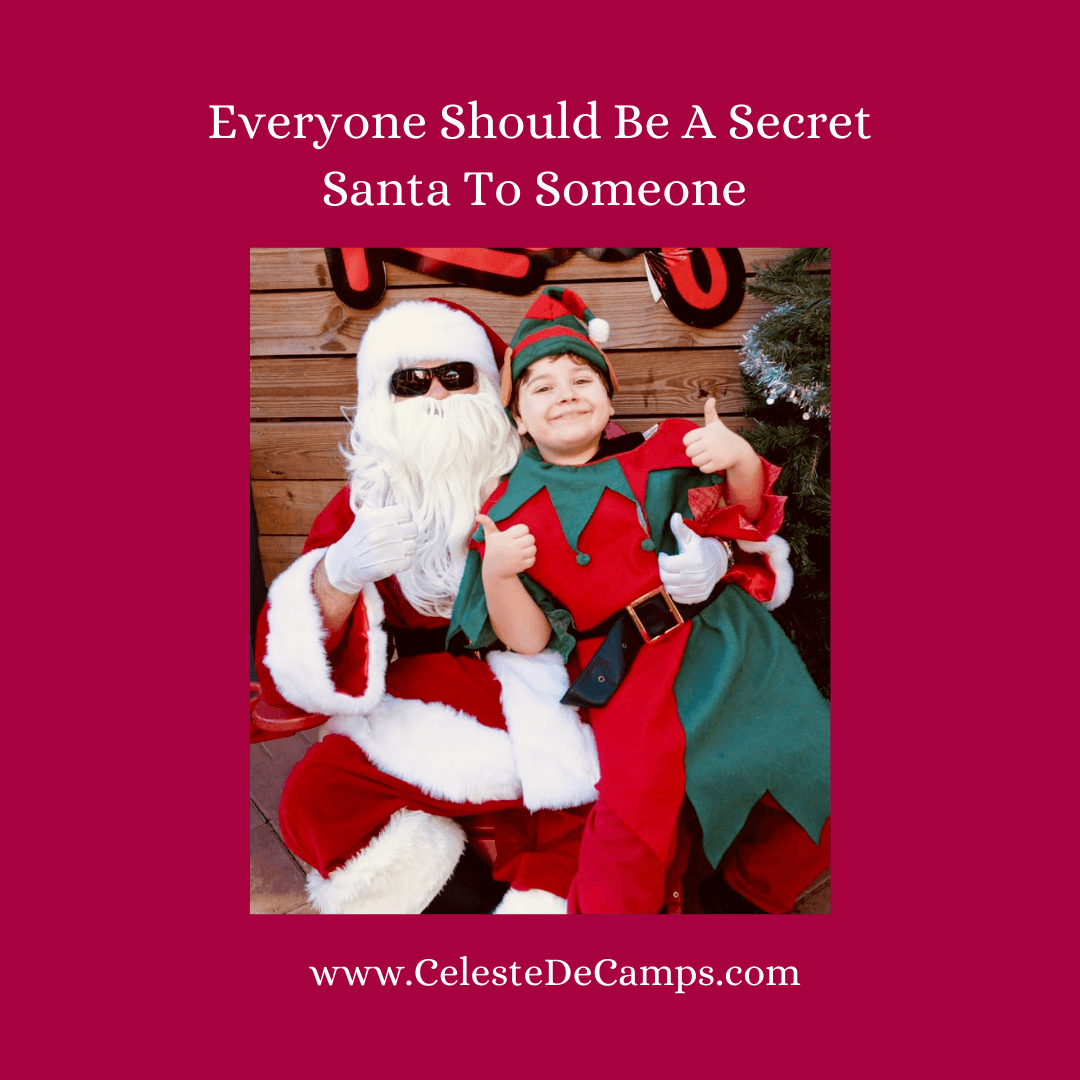 Do you believe in Santa Claus? The only correct answer is, Yes! This mythological being is the very essence and spirit of the holiday season. He embodies love, friendship, and the joy of giving. As we close out the year and look forward to a new one, one thing is certain, a visit from Kris Kringle. Many acts of kindness occur under his name, and heartfelt memories are created.One of my favorite memories of Christmas eve is with my youngest brother, Zach. I told him he would need to get to bed early because Santa doesn't drop off presents until everyone is asleep. He was five years old and a bit skeptical. He looked at me and grinned, "Are you sure Santa is coming?""Yes, of course, he's coming. Why would you doubt that?"All of a sudden, we heard the front door open. I said, "Should we take a peek and see who it is?"Zach said, "Sure, why not?" Still not believing he would see anybody.We slowly and quietly crept down the hall, and we could hear somebody in the living room. We looked, and there he was, Santa Claus in person! Santa looked up and saw us. Zach was so surprised he started crying. He ran back down the hall, and it took a lot of convincing to get him to come back. Santa assured him it was fine that he got caught. He would give Zach his present personally. Santa comes in many shapes and forms. My friends Eliezer and Lisa Rodriguez dress up as Santa's helpers with their sons, Miquel and Cristian, to hand out toys to families. They've done this for many years in partnership with the YMCA and Hudson Gateway Association of Realtors. They do fundraisers, collect wish lists, do the shopping, wrapping, and delivery. They believe every child should have a special gift from Santa. They tell me that all of their hard work is worth it. The excitement of giving and being involved in their community keeps them all uplifted. Steve Rodman, a professional Santa for many years, told me that he's no longer Steve when he puts on the costume; he's Santa Claus. He said there's no greater feeling than seeing children and adults be thrilled to see him. The kids hand him pictures and letters as they hug and kiss him. It's a universal love that everyone can feel, and it's a responsibility that he doesn't take lightly. His costume, the bells on his belt, and his laugh are authentic. He listens patiently to each child as they tell him what they want for Christmas. He assures them he knows they've been very good. Isn't that what we all want? Santa Claus is the superhero that cares and lets us know he appreciates all of us by leaving a gift. There's a sense of global unity that everyone is getting a visit from this jolly old man no matter their culture or beliefs. Superman may be faster than a speeding bullet, but it's Santa that goes around the world and spreads holiday cheer. He inspires us to be like him and to give to others. To love unconditionally and realize that we're not perfect. We all want to love and to be loved. Everyone should be a secret Santa to someone. Happy Holidays and I hope you get what you wished for.
Share
Tweet
Share
Share
Share

Tips For A Better Night’s Rest