What is the Antidote to Fear? The Word “Yes!”

By Celeste DeCamps | Self Improvement

I am taking Improvisation classes to become a better speaker on stage. I want to be able to respond quickly and intelligently to my audience. The fundamental tools that I am learning should be taught in grade school and reinforced in junior high and high school. The skills in Improv are developed with a basic understanding of two words “Yes”, “And.” The deal is that whatever your scene partner is saying and doing you will respond to agreement and add on your suggestions as well. In return, your partner will do the same. The dialogue would become an unending argument if the players refuse to agree with each other. I think this kind of collaboration would be useful in dealing with classmates as well as colleagues. There is something very liberating about trying out thoughts and ideas and not being judged. Some things work and some don’t and we all move on with a better understanding of the process as well as a better understanding of each other. We all come from different backgrounds and perceptions but what makes everything work is the lack of conflict. Each person has agreed to agree. It’s amazing how fun and creative the conversations become when there is no argument or criticism.

Our whole lives are improvised. We did not come into this world with a script. We have to rely on making the best choices in hopes of desired results and many times failing in the process, but that’s how we learn. We are constantly working with the notion of saying “Yes.” Saying “Yes” gives you the power to try something new. It gives you permission to step outside of your routine in hopes of finding opportunities you wouldn’t have if  you said “No.”  In my opinion saying “No” is the same as giving into fear. Fear of not being perfect, fear of failure, fear of negative judgement by our peers. My big fear is not failing but of not trying. I always think, “What’s the worst that can happen?” The answer is, “I might fail and learn something.” I’m fine with that.

I learned to say “Yes” when I was in college. I was so shy and  full of trepidation of saying and doing the wrong thing that it paralyzed me. The turning point for me was deciding that I wanted to have a life that was full of great experiences no matter what. I signed up to be a DeeJay for the college radio station. I was so scared that I didn’t think I would have the guts to open the mic and introduce the next song. It was 3:00 in the morning and I figured no one’s listening anyway and I punched the button and was off and running. I have no idea what I said but for the next three hours I conquered my fear. In no time at all I was doing three rock shows a week in prime time and hosted Sunday Afternoon Jazz. It was a huge accomplishment for me. It also gave me the strength and determination to set bigger goals for myself. When an opportunity presented itself and it was out of my comfort zone, I would say “Yes” and see where it took me. Each experience taught me something new. Every time I tried a new venture, I would attract knowledgeable people who would guide me. I remain open to new ideas and suggestions. I have no problem asking and taking advice. I enjoy constructive criticism.

When I look back and think of the adventures I’ve had, the best ones involved taking a leap of faith. 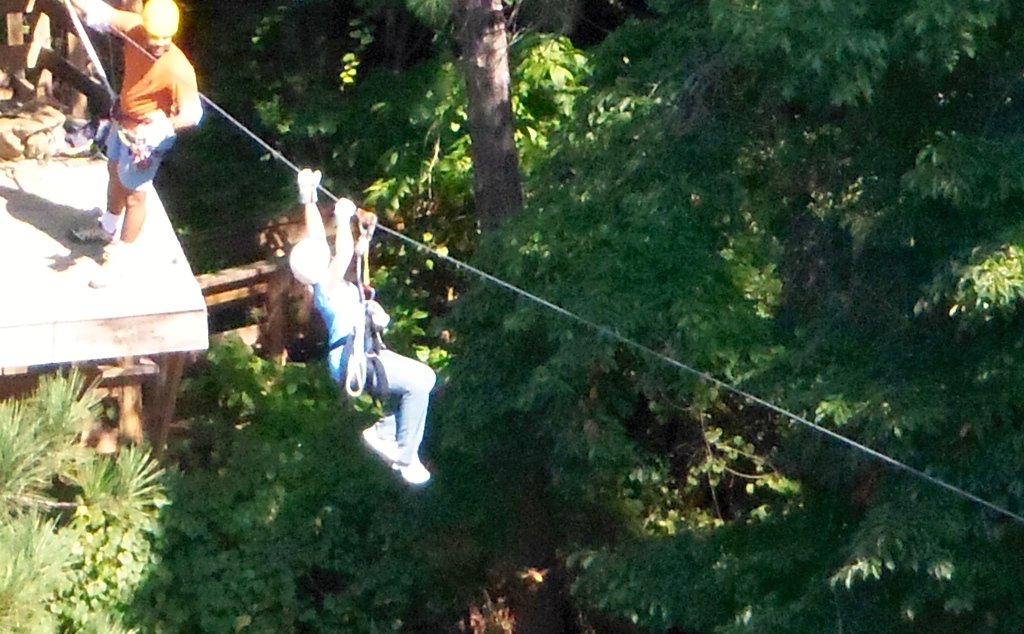 Think back to when you were deciding on your career path. Did you instinctively know what you wanted to do or did you leave yourself open to all possibilities? How were your interests and hobbies formed? Was it a parent’s influence, something your friends were doing or was it simply an idea played out on TV? Whatever the reason, something inside you connected with the possibility and a course of action took place. It’s hard to keep working on something and not seeing success, yet it is part of the journey. Success will come but you will always want it to be better. Practicing and perfecting never ends. The important part is that you said “Yes.” You didn’t allow fear to control your actions. You allowed yourself to risk failure in order to succeed. That is what life is all about.

Take the advice of an Improv class and decide to be open to new ideas. Learn to say “Yes.” Confront the anxiety, the nervousness, the dread and all the other negative thoughts your mind is screaming at you. Take control and be positive that you are on the right path and will see the desired results. After all, what’s the worst that can happen?

Seeing the Beauty Within

The Beauty of a Bar Joke

How Qigong Can Energize You In 5 Minutes

My Self-Esteem is a Work In Progress