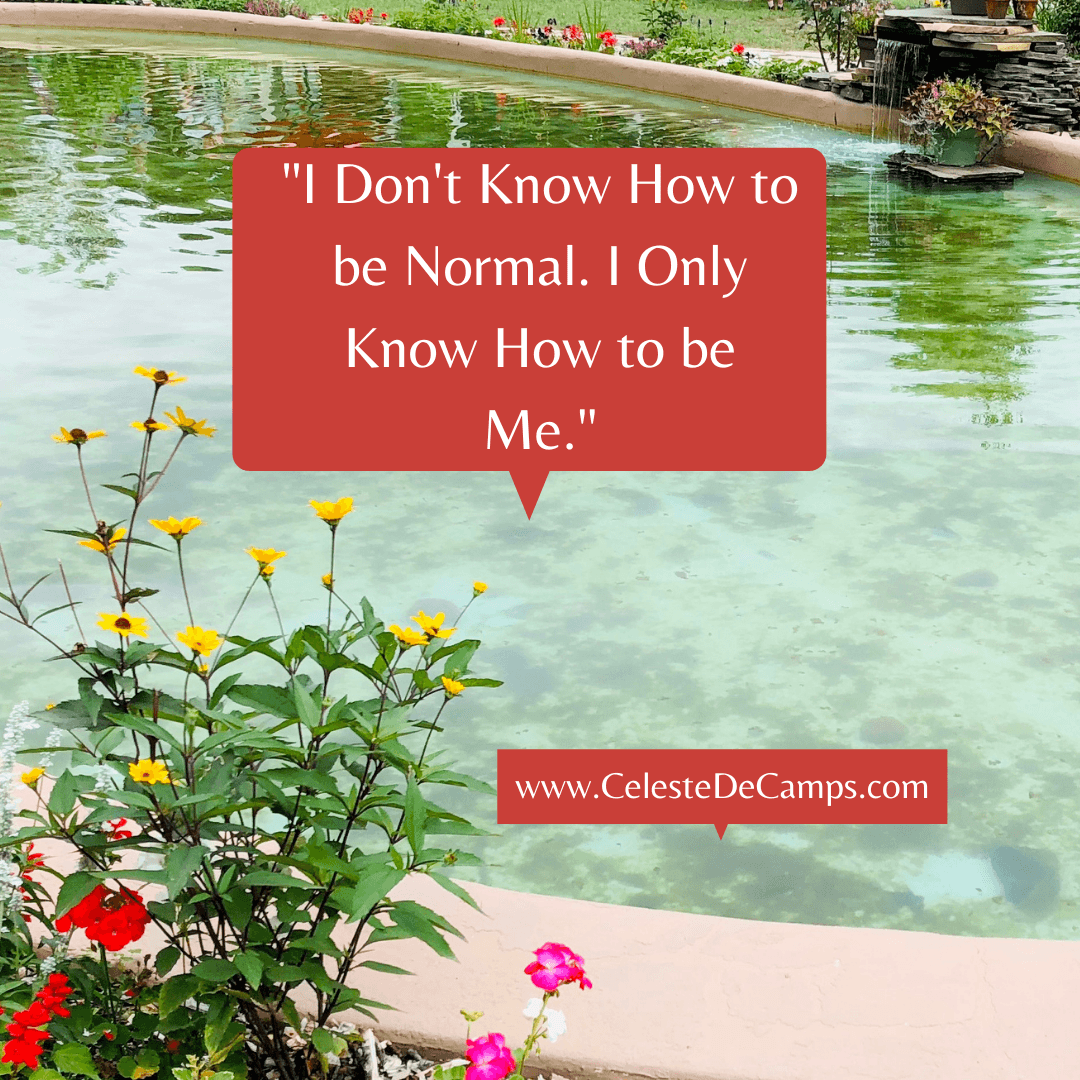 Is it possible to give up on the word "normal"? Bear with me a minute to explain. I know that the society we grow up in has a set of acceptable cultural norms. We learn an unwritten set of rules for participating and contributing to our family and community. Ideas of right and wrong evolve as we learn and gain experience in our world. Growing up, your family is your universe, and you don't know anything different. As you get older and meet people, you realize growing up in a home that doubled as Grand Central wasn't the norm. Didn't everybody open their doors at two in the morning for guests? I think "normal' is hard to quantify. I think there are expectations that we set out to achieve, but many times we fall short. The goals laid out for us may not be what we want for ourselves or are so lofty that we're set up for failure. Not everyone wants to be married and have kids by the time they're twenty-five. Not everyone wants to be a doctor or lawyer. Not everyone purposely tries to disappoint their parents, but there's some fun in doing just that. I believe this fascination with being "normal" puts blinders on us. It gives us a narrow scope of how we view ourselves and others. It keeps us from fitting into what is perceived as "acceptable." "Acceptable" to who; our parents, teachers, friends, and neighbors? I don't know about you, but I've yet to meet anyone that I would consider "normal." Everyone has their own set of perceptions and experiences that shape their mindset. If you spoke to my brothers and sisters separately, you wouldn't think we grew up in the same house. We each have our own renditions of our childhood. Also, you would walk away, feeling none of us had a regular upbringing. Don't feel bad, you didn't either. I would rather replace the word "normal" with something much more simple. Nice or not so nice. I think this person is friendly and I like hanging out with her. Whatever she does in the privacy of her home that doesn't affect me adversely isn't any of my business. I don't feel the need to judge anyone or put conditions on a relationship. We all have silly quirks and see the world a little differently. Who wants everyone to be the same? Not only would it be boring and uninteresting, but it would also keep us from seeing things in a new light. Philosophy and enlightenment come when we pay attention and gain knowledge from our differences. I avoid people who are insulting, petty, or rude. I believe respect is a two-way street. I try to give everyone a chance. Sometimes we don't present a great first impression because we're having a bad day or we had too much to drink. It happens to all of us, and I would want someone to give me a second chance as well. Some people I meet I click with right away. Others may take longer, similar to a developing skin rash, but we become friends, warts and all. Your idea of "normal" is not what I would consider "normal." That's the beauty of meeting and getting to know people. We have the opportunity to learn from each other because we are different. Even though we know not to judge a book by its cover, we tend to label and categorize new acquaintances anyway. If we take the time to get to know people on a deeper level, we may be introduced to some great new stories. We get a chance for inspiration and connections that can last a lifetime. Be open to other people's views and thought processes. You never know who may motivate and encourage you that will set you on a new path. Whatever you decide on your life's purpose, understand you've upset your parents, again, but it still beats being "normal."
Share
Tweet
Share
Share
Share

Give Positive Energy and Get Back Even More

4 Body Language Myths That We Need To Stop Believing​