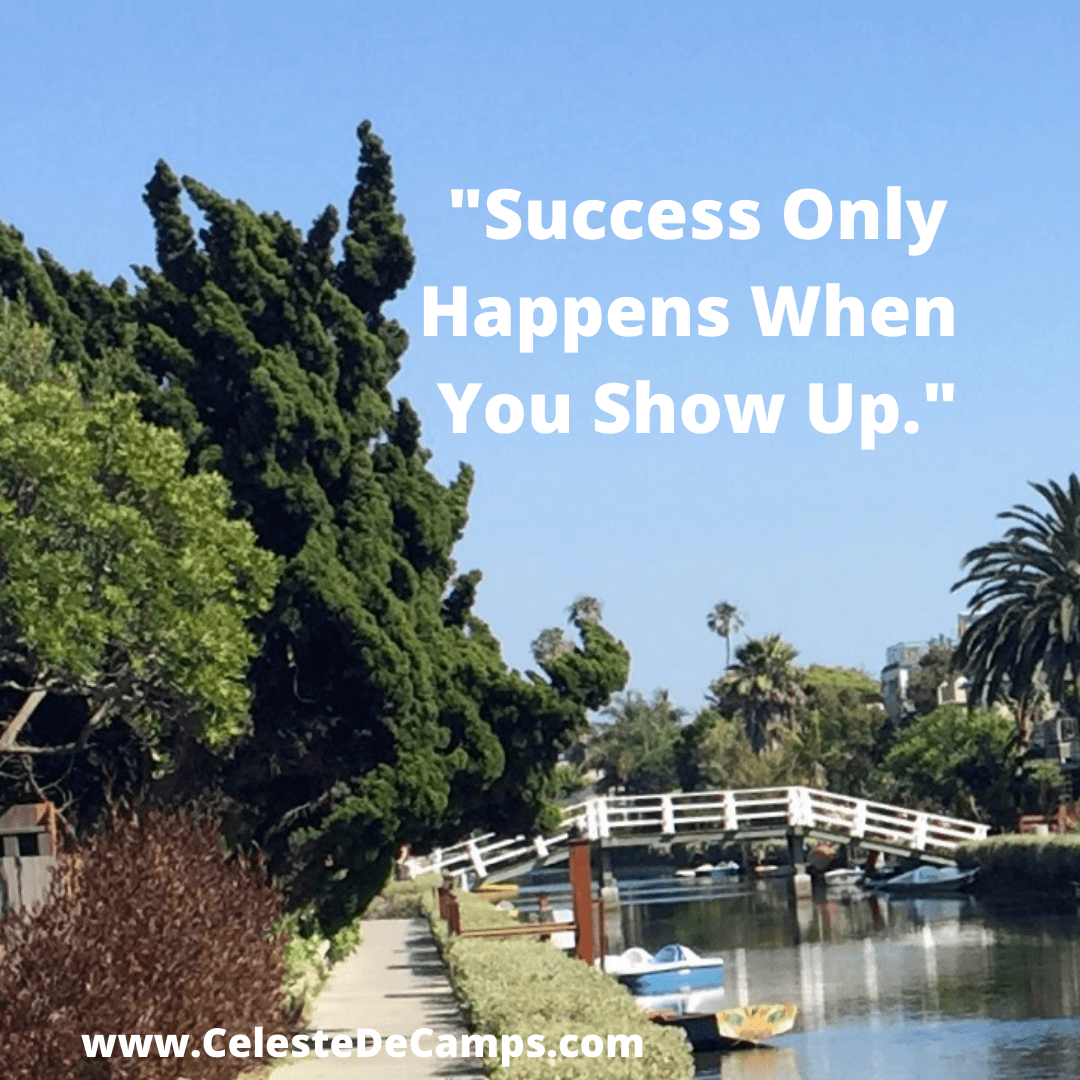 Woody Allen said in an interview that he believed eighty percent of success is showing up. I've heard this over the years, and I know other people have said the same thing in one way or another. It seemed odd that this piece of advice was necessary. I mean, of course, you're supposed to show up for work, class, or an event. Why wouldn't you? If there were an emergency keeping you from your commitment, that would be understandable. I learned over the years that many people simply don't show up.

I talked to Jane Parmel, an excellent business coach, who like me, had been in the hospitality business for years. She said one of the reasons her company stood out was her reputation for showing up on time, being professional and personable. She was surprised to find that many vendors hired for events didn't bother to show up or even call to say there was a problem. Jane said this kind of absenteeism is so prevalent that she found herself having to take on other roles at the last minute.

One time she had to dress up as a clown for a children's party when the person they hired was a no show. "I'm having stage fright, and I feel ridiculous at the same time. I was so worried that I wouldn't be funny until my partner pointed out how silly I already looked." Luckily, the children were entertained, and the party was saved. This sense of responsibility is what cemented Jane's well-deserved notoriety.

I told Jane that many of the jobs I had happened because I showed up when no one else did. I was in college, trying to work out ways to make money when I was offered a job as a cocktail waitress. I was sitting in the club enjoying the music when the bartender came over to my table. He said, "I have a packed house, and my waitress didn't show up for work. One of the guys in the band said you're looking for a job. Would you like one right now?"

This scenario played out in my favor again and again. I worked the phones for a brokerage house for the summer because the receptionist stopped showing up for work. I worked as a DJ for a club when their house DJ didn't come in. I was a substitute teacher, a bartender, a director's assistant, and a last-minute drummer for a band all because somebody didn't show up.

Opportunities for success are all around us. When we make assurances to a business or social event, our presence is felt as well as our absence. I've seen Zoom networking events get canceled because most of the registered participants didn't come on. There's quite a bit of planning to put on these virtual meetups, and it's disappointing when they don't happen. Sometimes, the coordinator goes ahead and works with the people who do appear. I've been able to network, get advice, and make new friends because there was more time to do so. Once again, showing up worked to my advantage.

My advice is to be open to all possibilities. Don't make the mistake and assume a position you want is unattainable. When you take the time and effort to have a foundation of skills and expertise, the chances of finding your niche grows exponentially. Let the people around you know your aspirations. Attend virtual networking events, meetup groups, and webinars. Share your contact information and follow through with a personal message to connect.

When you get that new job, a promotion, or land a client, do yourself a favor and show up. Otherwise, I'll have your position instead.

Three Ways to Organize Your Speech

Three Ways to Command the Room

Be Nice to Your Waiter

My Friends Can Do No Wrong

I’ll Be There For You

Flip The Switch From Negative to Positive