My Friends Can Do No Wrong 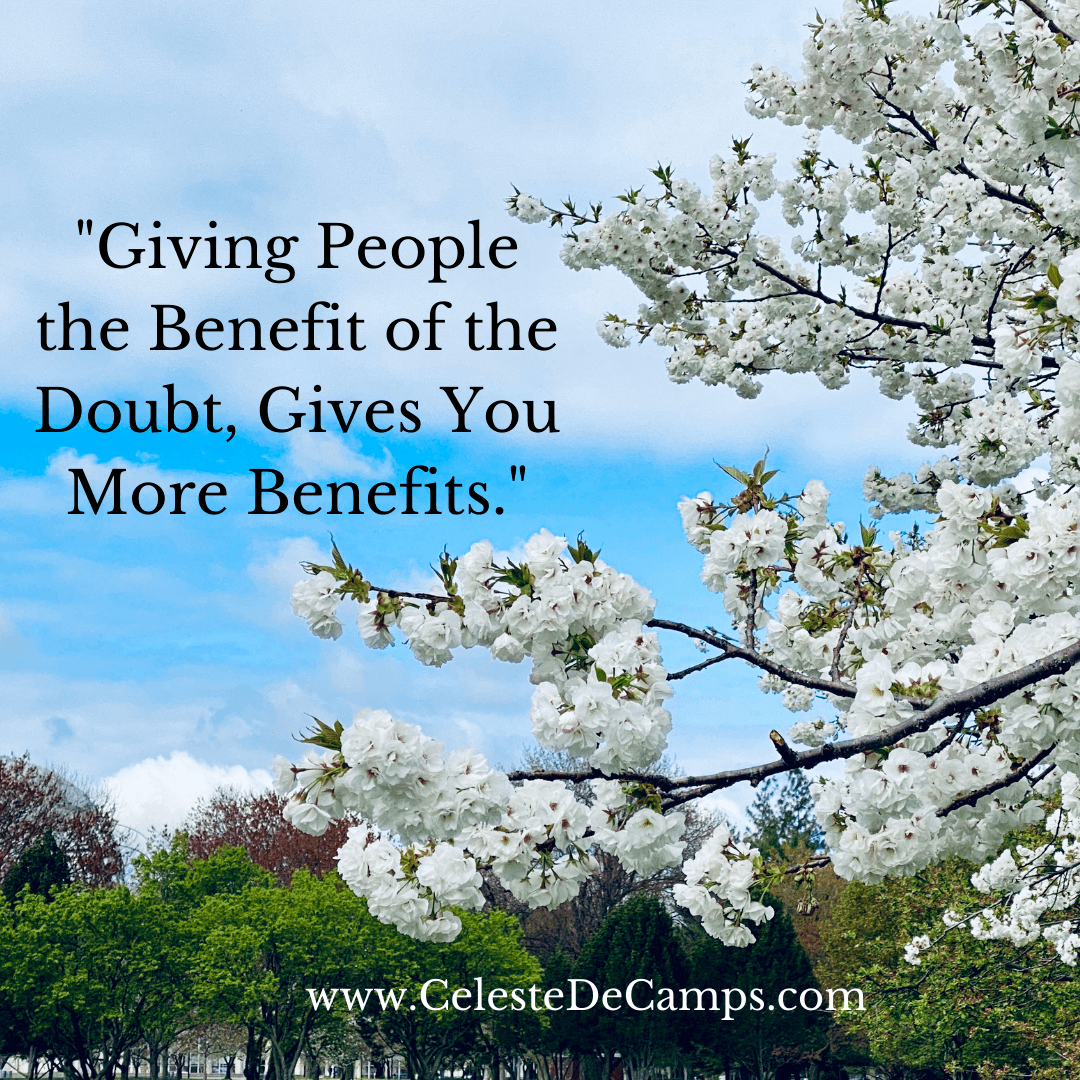 I'm on the subway, leaving the city and heading back to Queens. I'm reading a book to pass the time. The doors open to allow more passengers on, and I can feel someone bump up against me. I don't look up because I know not to make eye contact. Plus, someone is always going to touch you accidentally. A couple of minutes go by, and I feel the same nudge happen. I'm starting to think that it's being done on purpose, but I don't look up. Sure enough, another bump. I'm getting mad and trying to decide what to do. Now there's no mistaking as this man nudges me again. I look up, ready to tell him off. He's very tall, and he's got a big smile on his face. I start to laugh as I realize this imposing man is my husband, Eric.

It never ceases to amaze me how quickly our attitude can change. Of course, I was relieved that it was Eric and not a strange man. Anyone that takes public transportation can tell you all kinds of weird and sometimes scary encounters. I've had my share. I find it funny how we'll instantly forgive unacceptable behavior when we know the person doing it. Not that Eric did anything wrong, it was hilarious. He said he was wondering how long it was going to take me to do or say something. I'm talking more about everyday encounters that would make us angry only to find out that it's a friend and not some unknown person.

For example, I'm standing in line when a person comes up behind me and gets in front of me. I say, "Excuse me, but I was here first." The person turns around, and it's my neighbor. Right away, she says, "I'm so sorry, Celeste. I'm in another world. I didn't see you." When I realize who it is, I'm instantly OK. I know my neighbor is a good person who's dealing with a lot of pressure from work. That's my point. If she was a stranger, I don't think I would be so forgiving. I would immediately believe this person to be self-entitled and oblivious to everyone around them.

We deal with slights like this regularly. Driving, even a short distance, is full of inconsiderate people that don't use a turn signal, slow down for no apparent reason or blow through stop signs. I want to sit on my high horse and criticize the whole lot until I make a blunder. Yes, it was a one-way street, and I was going only one way, the wrong way. It happens. Nobody's perfect.

Everyone makes mistakes, and it doesn't mean they were intentional. Instead of getting angry at a perceived disregard for my well-being, I pretend it was a friend of mine in a rush. She didn't mean to swerve into my lane. She's late picking up her kid. When I look at it from that viewpoint, I find myself a little more understanding. As long as nobody got hurt, there's no point in letting it ruin my day.

I like to believe we're all trying to do our best on this plane of existence. We may not always be our sunshiney selves, and we may show out because of undue stress. If we can forgive our friends, we can also give strangers the benefit of the doubt. I know I would like to be given a pass for inadvertently nudging a man on the subway because I thought he was my husband. That was a tough one to explain.

Three Ways to Organize Your Speech

Three Ways to Command the Room

Be Nice to Your Waiter

I’ll Be There For You

Flip The Switch From Negative to Positive