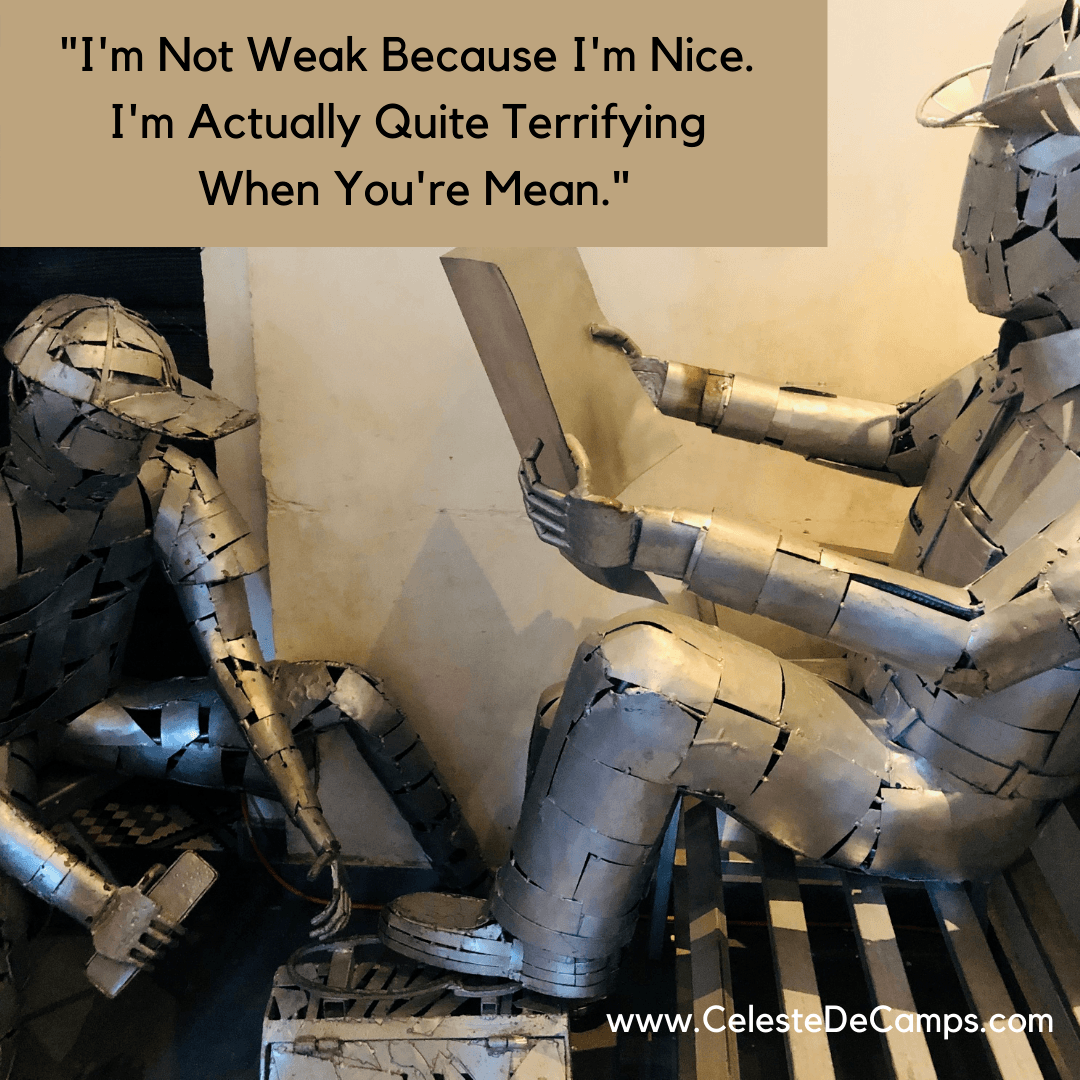 "As a leader, is it better to be loved or feared?" This quote from Niccolò Machiavelli has been debated over the centuries. I think many people in a leadership role want a little of both. They worry that if they're too friendly, they'll be taken advantage of. If they're too intimidating, they'll foster resentment. How do we strike a balance between the two? I believe it comes down to respect. No matter what position in the company we have, we should hold everyone in high regard. It creates an atmosphere where everyone feels valued. We can show strength and competency without being a tyrant.

I do my best to show respect to my clients. I want them to know that their needs are important to me. What I never understood is when someone will try to bully or talk down to me. One situation comes to mind. It was when I was a salesman. I had a customer get angry because his delivery had not arrived. I went to his restaurant to meet with him face to face. I apologized that his order didn't show up, but I made sure it was on a truck to come in later in the day. He decided to get in my face and scream that my company and I were incompetent. He threatened to cancel his business with me. I calmly told him that I was on top of the issue but would understand if he wanted me to stop his shipment. I told him his behavior toward me was unacceptable, and I walked away. He called me later and said he shouldn't have spoken to me that way. He will keep me as his salesman and was happy that his delivery came. After that incident, he was careful to never raise his voice with me again. It surprised me that I needed to stand up to him to gain his esteem. What he didn't know was that I lost all respect for him.

It never ceased to amaze me that I've had to prove I wasn't a doormat to be respected by other people. I believe their thought process is that they won't get what they want unless they're demanding. I also think they don't want someone to end up not liking them, so they bend over backward to prove they're not mean. What they don't understand is that respect is a two-way street.

I realize that some people mistake kindness for weakness. I do not. I will go over and beyond for anyone who treats me with courtesy. I want to be around people who want to work on solutions and gives everyone a chance to be heard. I don't get upset if someone makes a mistake with my order or purchase. It happens, and it's not the end of the world. I appreciate it when someone does their best to help me, and the problem is resolved. Of course, if my request to rectify the situation is ignored or blamed on me, then I make it clear that I want a refund. I won't bother to do business with them again. The message is clear. They don't need me as a customer.

Standing up for ourselves and not being taken for granted takes courage. It isn't easy going up against someone who wants to belittle you into submission, but it's the only way to get them to see your power. What they lose by mistreating you is your regard for them. What you gain is a new-found sense of your self-worth.

When people feel safe to voice their opinions and share their ideas, everyone wins. People who feel constantly threatened by their boss only have anger for them, not admiration. Industries that want to grow economically need to invest in their employees' sense of well-being. Everyone should feel supported and encouraged in their work, and that comes from the top. Compassion, empathy, and respect are the traits of a great leader. What kind of leader are you?